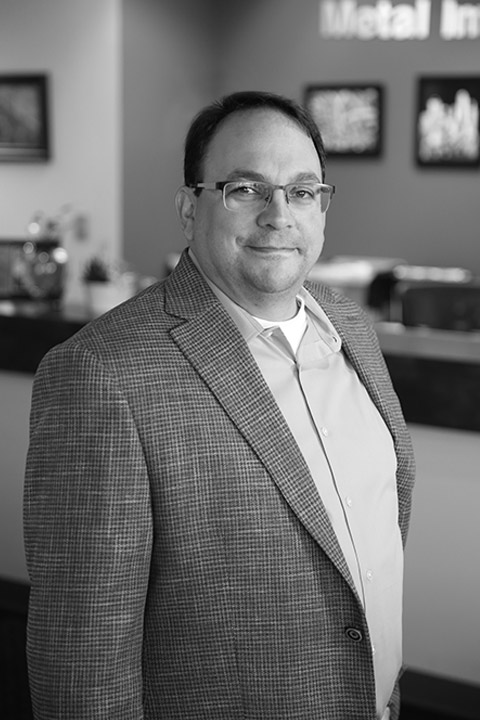 Mike Frumento’s leadership experience goes back decades, and his insight into the ownership mind-set is an invaluable asset as the Director of Facilities at Thunderbird.

Mike began his working relationship with Thunderbird owner Kevin Prunsky in 1998, when he joined Prunsky’s previous company, Pollution Control Industries, as maintenance director. Mike then moved over to Thunderbird-owned Metal Impact in 2012. He’s been with the Thunderbird family ever since.

In his role, Mike is responsible for the capital budgets for all Thunderbird facilities as well as the shepherding of all equipment installation, from purchase to commissioning. Mike has extensive maintenance and project management experience, including overseeing the design and construction of capital projects with budgets as high as $10 million.

A veteran of the U.S. Navy, where he gained military engineering training and experience, Mike possesses exceptional problem-solving skills and an analytical mind. He is adept at finding innovative ways to improve operations to achieve cost efficiencies, evaluating issues, and offering practical alternatives to streamline performance.

He studied at Clemson University in Philadelphia and Joliet Junior College in Joliet, Ill., and also completed the boiler technician course at the U.S. Navy Boiler Technician School in Great Lakes, Ill.